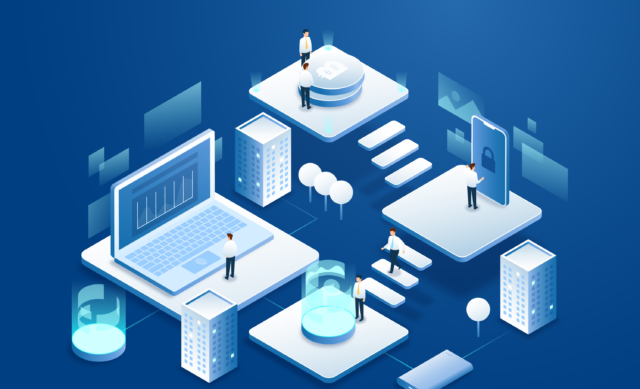 Solidity is the go-to language for building smart contracts and decentralized applications on the Ethereum blockchain. With a growing community and a wealth of resources, It is the best choice for aspiring blockchain developers. Read this blog to learn more about Solidity Blockchain Development.

It is a programming language that is used to write smart contracts for the Ethereum blockchain. It is a statically typed language designed to be easily compiled into bytecode, which can then be run on the Ethereum Virtual Machine (EVM). It enables developers to create and implement complex, self-executing contracts that can facilitate the exchange of money, property, shares, or anything of value in a transparent and trustless manner. It is a popular language for building decentralized applications (Apps) on the Ethereum platform.

Solidity Blockchain Development – How it Works on Ethereum

It is an advanced programming language designed for developing smart contracts that run on Ethereum. It is an object-oriented language that focuses on Ethereum virtual machines (EVM). EVM is a runtime environment that executes smart contracts on the Ethereum blockchain, allowing developers to create decentralized applications (dApps) that can be used across the network.

What are Smart Contracts in Solidity Blockchain Development?

Smart contracts work by following the simple “when/if….then….” statements that are written into codes. They ensure that all external requirements are completed before processing transactions. They do this by using oracles which act as the link between blockchain code and the outside data, which allows the blockchain programs to interact with data that is stored outside their network. Oracles can be both hardware and software.

Smart contracts are compelling programs that automate the execution of an agreement, but they still heavily depend on the codes. If the codes are faulty, the contract will also have problems.

Most blockchain developers and engineers tend to sway more towards Solidity as it works with Ethereum. It also allows them to develop multifaceted apps with the latest functionality. This programming language can perform any task as long it is given proper instructions, processing power, and enough time.

You can use different methods to interact with Ethereum-based smart contracts. Once you create the contract, you will need to link it to the crypto wallet and generate a smart contract wrapper. After completing this, you can use smart contracts to perform transactions.

What Skills Should Solidity Developers Know for Blockchain Development?

Other programming languages such as C++, JavaScript, and Python heavily influence Solidity. Therefore, engineers and developers working on this should know at least one of them and Solidity. They should also know the standard programming principles like DRY (Don’t Repeat Yourself), YAGNI (You Aren’t Gonna Need It), KISS (Keep It Simple Stupid), and database management.

Here are some of the other aspects that solidity developers should know:

What is the Work of Solidity Developers?

Solidity developers design, deploy and develop smart contracts on Ethereum. They understand the client’s requirements and look into them to convert them into workable use cases. To ensure their authenticity, they audit smart contracts.

Blockchain developers also work on integrating the codes on different platforms and develop the latest features for blockchain projects. Solidity developers are also in charge of network architecture and are responsible for setting security standards. They work with designers, engineers, product managers, and many other multidisciplinary teams to plan, develop, and collaborate on new ideas.

Anyone who is thinking of starting Blockchain Development or has just started Solidity must know that smart contracts cannot be changed after deployment. Solidity is one of the best programming languages for blockchain development due to its support for inheritance, expressive syntax, and strong type-checking. It allows developers to write complex logic clearly and concisely. This makes it easier to write and maintain smart contracts. These combined features make Solidity the ideal choice for developing scalable, robust dApps on the Ethereum platform. Looking for Solidity Blockchain Development? Connect with Alphonic to get your solution developed.

Blockchain Development in Education – Use Cases and Pitfalls Businesses Must Know

Everything You Need to Know About Blockchain Development Platform

Top Mobile App Development Company in USA – Get Your Application...

How Much Does It Cost to Develop an iPhone Application in...